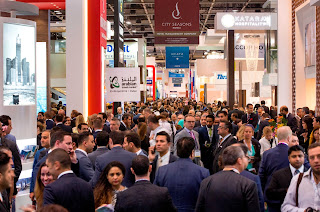 Oman’s tourism and hospitality industry is building momentum, with total investment in the sector set to hit US$1.17 billion by 2026, according to the World Travel and Tourism Council (WTTC).
The Sultanate returns to Arabian Travel Market (ATM) at Dubai World Trade Centre this year (April 24-27) to showcase its expanding hotel and tourism infrastructure pipeline following a successful 2016 with visitor numbers in the first ten months of the year growing to reach 2.5 million, representing a year-on-year increase of 15%.
Speaking on this development, Simon Press, Senior Exhibition Director, ATM, noted that “It is no wonder that Oman is so popular and was recently named as one of the top ten places to visit in 2017 by a selection of the world’s top media. The country boasts a fantastic mix of culture, history and adventure for travelers, while the $120 million Majarat Oman futuristic theme park, set to open in 2017, will add to the huge selection of options available for families.”
“A report from Colliers International said: “Although the country faces significant competition with other popular regional destinations, Oman has been able to distinguish itself as a unique tourism destination, being home to many eco, cultural and heritage attractions.”
The Colliers report also revealed that with the recent opening of the Oman Convention & Exhibition Centre, which is expected to host around 28 exhibition events in 2017, the market is projected to see a slight recovery, with the hotel occupancy forecasted to close at 58%.”
Simon Press affirmed further that area of growth for Oman is through passengers arriving at the country’s airports, with a 17% increase in total airport arrivals through to the end of December 2017, while the new terminal at Muscat International Airport, which is expected to open this year, will have a capacity of 12 million passengers per annum.
“Salalah International Airport (SAIA) has a current capacity of one million travelers annually with the ability to increase this further by up to six million. And six other airports are either in planning or construction phase, including the new airport at Ras Al Hadd.
“Oman’s tourism industry continues to grow and its offering keeps expanding to cater for the diverse needs of today’s travelers. Experiential tourism is the spotlight theme of ATM 2017 and this is central to the whole tourism experience in Oman,” Press added
Among the Oman-based exhibitors already committed to participating at this year’s ATM include: Sex Senses Zighy Bay Resort & Spa, Al Bustan Palace Ritz Carlton, Anantara Jabal Akhdar Resort, Kempinski Hotel Muscat, Shangri_la Barr Al Jissah Resort & Spa and Intercontinental Muscat.
Press maintained that, “ATM which is considered by many industry professionals as a barometer for the Middle East and North Africa tourism sector, witnessed a year-on-year visitor attendance increase of 9% to over 28,500 in 2016, with 2,785 exhibiting companies, signing business deals worth more than US$ 2.5 billion over four days.
ATM 2017 will build on its success with the announcement of an additional hall as Reed Travel Exhibitions looks to add to its record-breaking achievements of 2016.”