Exploiting The Economic Potential Of The Nigerian Aviation Industry

Exploiting The Economic Potential Of The Nigerian Aviation Industry 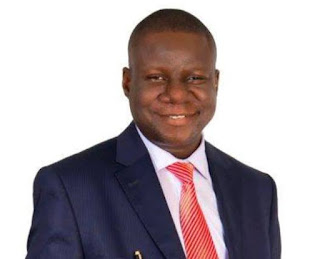 The aviation industry is a catalyst for socio-economic development anywhere! It provides the fastest and safest means of transportation of persons and cargo within and between countries thereby promoting commerce and industry, two of the major determinants of the Gross Domestic Product.
Tourism, which today, constitutes the economic mainstay of such countries such as UAE and Ethiopian, is given impetus by air transportation. This perhaps, explains the prominence occupied by Emirates and Ethiopian airlines in the economies of these two countries. And you are tempted to ask, what can any economy do without aviation?
The administration of President Muhammed Buhari has shown, by its recent pronouncements and policies on the aviation industry, that it is ready to exploit the economic potentials of the industry, to stimulate growth in the country’s economy. In his presentation at the last interactive forum with aviation stakeholders in Abuja, the Minister of State, Aviation, Senator Hadi Sirika, acknowledged that “aviation is pivotal to growth of key economic sectors, certainly not limited to travel and tourism, agricultural production and distribution, rural development, trade and commerce, manufacturing, oil and other non-oil sectors.”
He added that aviation “is that critical tool necessary for economic transformation of any nation. Indeed, the value chain creation by aviation is enormous”. Simply put, the President Muhammadu Buhari administration is well aware of the economic potentials of the aviation industry, its present challenges and how to adequately tackle these challenges, with a mind to making the best of these potentials in the overall interest of the country.
According to Senator Sirika, “the present administration is focusing on issues that will rapidly develop the aviation sector within the shortest possible time”. He highlighted the challenges of the industry and government’s response to them. On global and national security threats from terrorism, he said that government had begun a comprehensive security threat and vulnerability assessment, development of a new security strategy in partnership with international security organisation and procurement of modern, state of the art equipment. These are in addition to the commencement of an airport certification programme and manpower capacity development.
Another major policy thrust of this administration is the concession of the four major international airports in Lagos, Port – Harcourt, Abuja and Kano, after infrastructure upgrade to address the recurring challenge of obsolete airport infrastructure and inadequate capacity. This administration is also poised to establish a national carrier in order to gain optimal benefits from BASA/MASA and minimise capital flight, among other things. The absence of a major Maintenance Repair and Overhaul(MRO) facility in West and Central Africa which is responsible for high cost of aircraft maintenance for Nigerian airlines has necessitated the setting up of a world class MRO facility that will attract clientele from other parts of the world. The MRO, when established will further be encouraged to start manufacturing aircraft parts.
The Federal Government will also facilitate the completion of agro-allied and cargo terminals at designated airports across the country. This move is expected to enhance the country’s foreign exchange earnings, apart from discouraging rural-urban migration and encouraging massive rural development. A major milestone of this administration in the industry is the establishment of an aviation university that would “specifically produce the needed workforce for better efficiency” and curb the absence of high level management staff and research capabilities in the aviation industry.
This Government also intends to establish an Aviation Leasing Company, the first of its type in the country, in order to address the challenges of limited access to capital, high debt profile, inadequate number of aircraft in the fleet of local airlines and high cost of leasing. Government also intends to establish an Aviation Development Bank to enable industry entrepreneurs get long term funding at reasonable interest rates, among other things. In that presentation, Senator Sirika also hinted that the Ministry of Transportation was working with the Central Bank of Nigeria, the Ministry of Budget and National Planning and the Ministry of Finance to include local airlines in the priority list of foreign exchange allocation. He also promised that government would sustain the policy of granting duty waivers to local airlines for the importation of aircraft and aircraft spares which he said had “contributed immensely to the survival of (local) airlines.
These policies of the present administration, when fully implemented, have the potential of further unlocking the economic potentials of the country’s aviation industry, making it more “profitable, self-sustaining and beneficial to all stakeholders” according to the Minister.
A sign of what to expect in the industry in future is indicated in the achievements recorded by this administration in the last one year. The flagship of Nigerian airports, the Murtala Muhammed Airport and Nnamdi Azikiwe International Airport, Abuja passed a recent ICAO security audit with 96 per cent, apart from Nigeria passing the ICAO Universal Safety Oversight Audit within this period, operation in the control tower at MAKIA, Kano was automated while bomb containment vessels were provided at the Kano and Port-Harcourt Airports, among other numerous achievements.
Yakubu Dati is General Manager, Public Affairs, Federal Airports Authority of Nigeria (FAAN)
Posted by Zainab JUNAID at 09:12 No comments: