'After Hajj Exercise What Next'


An interview of some Pilgrims that per took in the 1435 Hajj exercise(2014); sharing their experiences and impact of the hajj exercise in their lives
EXCERPT: 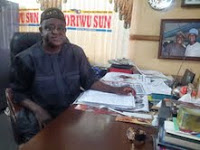 (Alhaji Monzur Dawud Olowosago, Publisher ORIWU SUN NEWSPAPER, A community Newspaper that will celebrate its 30 years of existence in April 2015).

" '1435 Hajj is an exercise without stress.' : Having experienced Hajj exercise for 18 years consecutively, first and foremost will like to look at the performance of those in charge of this exercise and I will prefer to rate the performance of both the Saudi Government and Lagos State Government high. For the Saudi Government, their ability to turn and reduce hajj exercise from a frustrated one 18 years ago to a stress free one in the last five years earned them this reward. They've really impressed me technology wise compared to my first year experience I 1996 to the Holy Land where at Arafat, you don’t use rug to sleep but on a floor, mosquitoes here and there and in fact pilgrims were jam-packed to a particular area. Having lots of pilgrims packed in a place...hunnn,,, it was hell then but now things changes yearly. Beside the money they realized from oil, they have positively invested the revenue they generate from their tourism to the development of their country. There is no year you will not recognize new development in their environs. Is it the Kaabah or Jamran or the new hotels and inns, their hospitality towards pilgrims and in fact their health sector. It’s a place you will always want to be yearly if you can afford it. Their government have made the system so regulated that averagely all citizens can afford a mini Air Condition. I will rate those 95 percent in all. For example, 'Kaaba alone now generates about 4000 mega watts,' information I got from their literature review. The development: Air Condition seen at every nooks and crannies of their environment, 24hrs light on, no case of light-out for a second, all these have reduced number of death rate of pilgrims yearly. They are conscious of people’s health and theirs as well and there was no case of disease what so ever despite the population, i wish Nigerian Government could learn from their Government to help improve our own country. Secondly, Lagos State Government part, I’m not just impressed both overwhelmed with their performances and handling of the yearly exercise, especially in the last five-six years. I can only speak for Lagos State anyway because I followed them yearly and in fact National Hajj Commission rated them one for their fantastic performance. They've made hajj exercise what i will call 'hajj without stress' in terms of food, basic amenities and in some cases providing funds for pilgrims, and also their medical personnel, among others, are fantastic right from Nigeria here to the holy land. But as we know, no matter how tiny we slice an onion it will have the good and the weak side, both arms still need to improve their dealings in one way or the other. For the Saudi Government, they need to allow pilgrims to take their local food to the holy land and not ban it. This is because not every pilgrims or visitors can afford to eat their (Saudi) local prepared food. The Lagos State Government on their part, to me, needs to help in area of accommodation. We can still be having at most 3 pilgrims in a room and not the five to six numbers managing a room. Lastly, hajj exercise has help increase and strengthen my faith. My prayer point is always granted each year i performed hajj and I’ve prayed to Almighty Allah to still help me improve my faith."-

(Alhaji Kazeem Ganiyu Sanni)"
'Hajj experience helps to strengthen my faith, beside I’m mostly impressed by the way rich Saudis assist the average/poor ones genuinely without any biased or should I say eye-service.' Though I was not at the last hajj but penultimate one, but my experience initially was very funny. As we all know, it’s important to settle ones family and be sure of oneself before embarking on this exercise, when I got there, I first missed the bus that would have conveyed us from our hotel to where we will tawaf, so I had to trek, in the process i missed road though stressful and hectic but was later directed to the right place by those that knows the way. I thank God that my entire request was granted but what impressed me most was the way the rich ones give out gifts genuinely without biased mind. One is just amused at people's behaviour over there, the system there is well regulated to the extent of having the assurance of buying and seeing quality things in any super market/ shop you find yourself. It’s a place you will always pray to go yearly and I pray Almighty Allah in his infinite mercy grant my wish because i wish to go there again. The Ramah of Allah in that holy land has help improved my faith greatly." -

(Ridwan Arole, a Businessman)
"Hajj 1435 is my first experience and it was lovely, right from Nigeria down to the Holy Land. The Lagos State Government really tried for the pilgrims. We were given meals though not thrice daily but they tried and for the Saudi Government, there health sector was fantastic-drugs were given free and it's not a situation where you have headache and will be given leg or body pain medicine. You are sure of getting original things wherever you go in Mecca as there system is so regulated that you can get fake things in their shops. Besides, there is no cause for alarm in any angle, whatever intention you have before going and while you are there, whether good or bad, you will definitely see the reward before leaving the holy land. Infract, I'm impressed, short of words-what more can I say. I’m happy that I’m among those that per take in this last hajj and I pray to Allah in his infinite mercy not to make it my last, because i still wish to go more and more."- 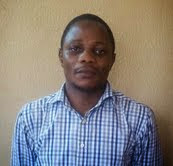 (Miftau Jimoh, an online Journalist)
"I was geared up by the way the Pakistanis, Indonesians, Arabians supplicate to Almighty Allah. Though my mission back then was two sided-spiritual and journalistic purpose. I followed an airline to cover event, though was able to practice the hajj spiritually but I’m meant to cover the exercise from the airline's angle. The little time I spent with other pilgrims from other countries: Arabs, Indonesia, Pakistan, the white generally, gave me an insight of how Islam should truly be practiced. Their ways and attitudes toward SOLAT prayers especially, have a positive impact in my way of practicing Islam now. It’s not that I’m not practicing well before going for the Hajj, but I became sounder and willingly spend most of the right time with Almighty. In fact, my imaan has improved positively, though going to the Holy land is not a prerequisite of one’s attitude towards Islam, it is a personal decision for one to change once attitude positively or not. For me, after performing hajj, have realized that Solat prayer is not just to pray and start outlining prayer points to Allah but it is a duty we must perform as a true believer to Allah and for any prayer points, we can observe Tahjuud at midnight to seek whatever we want from Allah."